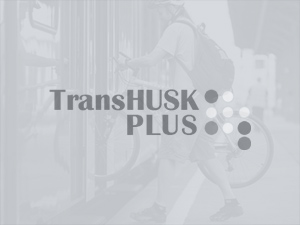 The application allows you to preview several objects that are grouped into logical categories, here called the layers. All layers together form a geodatabase.

This application represents transport relations between Slovakia and Hungary within the project TransHUSK and Transhusk Plus (www.transhusk.eu). It displays routing and commuting of inhabitants in the Slovakia-Hungarian border area. Data on the travel behavior of inhabitants in the region focusing on cross-border traffic were acquired through: • Transport-Sociological Household Surveys (TransHUSK – year 2013 and Transhusk Plus – year 2014) and • Directional Traffic Survey on Selected Border Crossings (TransHUSK – year 2013). Transport-Sociological Household Survey (Mobility Survey) was a questionnaire survey that captured a predetermined sample population and described transport habits of the population, depending on their socio-economic status. The surveys were conducted in Slovakia as well as in Hungary in the end of the 2013 and in the end of the 2014.

This application presents and also allows to create special-purpose graphical outputs of specific indicators (at LAU1 or NUTS3 level) which were used in the context of the “Feasibility study in order to develop intermodal links between the public and bicycle transport" (the "Study"). Purpose of the Study was to analyse the transport system in the Hungary-Slovakia border region with a focus on sustainable tourism.

More
The renewal of the Rajka-Bratislava railway

Best practices of the cycling development on the Hungarian side of the Hungarian-Slovakian border Szőllőssy Balázs Kerékpáros Magyarország Szövetség, projekt menedzser